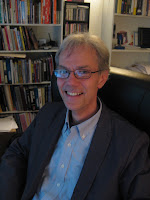 Isaac Abel, writing for Salon, published an article on January 12, 2013, with the title Did Porn Warp me Forever? In it, he states, “Like other boys my age, I grew up with unlimited access to smut. At 23, I wonder if it's totally screwed me up.” He goes on to describe the lingering effects of pornography taking shape in such forms as remembering scenes during real-life sexual experiences. The article is thoughtful and timely. Most of us wonder about the effects of pornography and access to pornography on children and adolescents, and so it is always interesting to get this kind of first-hand response. It is not difficult to find high-energy rhetoric about the potential harm of pornography. As a fifty-something man, I worry about the portrayal of men as well as women in sexually explicit media. As others have observed, however, even mountains of anecdotes are not the same as data.

What resonated with me in this article were the classic themes of adolescence: What was in-the-moment risk-taking, thrill-seeking, and hilarious fun at fifteen becomes a source of re-consideration in one’s twenties. If memory serves, many adolescents and young adults surveyed prior to the internet self-reported regrets about their first sexual experiences. Doubtless, similar questions in this and other areas have plagued people who work in the fields of assessing, treating, and otherwise preventing sexual violence. How many among us have regrets about sexual experiences, recreational drug use, juvenile delinquency, the way we used to drive, etc.? How many among us have wondered what the effects on our brain have been, or how our lives have been influenced by our adolescent actions? What kinds of vivid memories come back to us as we read the Salon article, or this blog post? To be a little more blunt, how many of us have had an intrusive thought about our work during a sexual experience? How many of us were ever a 23-year-old wondering how our life would turn out?

It seems to me that the author of this article is in many ways a poster child for how people grow up. Adolescence over, he’s learning about connection, competence, and intimacy; this is a crucial part of becoming an adult. The capacity for genuine intimacy is too often lost in media depictions of men as tough and respected.  It’s also worth recalling that adults worried about the effects of Elvis Presley’s public gyrations. In her book Stasiland, author Anna Funder recently documented how the now-defunct German Democratic Republic tried its best to allow only dancing that didn’t involve moving the hips.

Meanwhile, all men and women are affected by their developmental experiences, often for better and sometimes for worse. Being 23 and reflecting on who one is, where s/he has been, and who s/he wants to be seems downright normal. While some worry about the effects of pornography on the brain, this article is a reminder of how prefrontal cortex development takes place into the twenties for young men. Far from the author’s being worried about being “warped for life”, it may be that he’s going through the same stages of personal growth that most of us have, albeit a far more high-tech version. There is no question that we should be concerned about the effects of pornography on young people. This article shows us we should also understand how young people move past the experiences of their youth.

In the end, if Abel is asking the question of whether he has been warped for life, then the answer is almost certainly no. Whatever the other effects on his life, he’s heading in the right direction. Not only that, he’s apparently doing so without the help of professionals, their labels, addiction models, etc. Let’s face it, it’s the job of adults to worry a bit about the next generation. Just the same, it’s also important not to pathologize behavior before we fully understand it.