STORY HIGHLIGHTS
Travis Davis has been charged with stalking, criminal coercion and other counts
Police say he threatened to send a sex video of his ex unless she came back to him
Davis was arrested near his ex's new boyfriend's house with a gun in his car

(CNN) -- An Indiana man awaiting sentencing on a rape charge tried to blackmail his ex-girlfriend into coming back to him by threatening to spread nude photos and video of her online, police in Pennsylvania said.

The ex-girlfriend told investigators that shortly after their brief relationship, Travis Davis sent a video of the two of them having sex, according to a police report from Delmont, Pennsylvania, outside Pittsburgh. The girlfriend told police she didn't know the video existed, the report states."

Thoughts?
Posted by SAJRT Blog at 1:09 PM No comments: 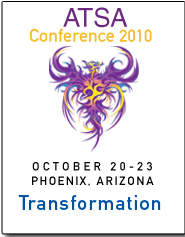 "The 29th Annual Research and Treatment Conference sponsored by the Association for the Treatment of Sexual Abusers will be held at the Sheraton Phoenix Downtown Hotel in Phoenix, Arizona, October 20 through 23, 2010."

LOS ANGELES — The Roman Catholic Church in the United States has become embroiled in a new pedophilia scandal with six women and one man alleging sexual abuse by a priest over three decades.
The lawsuit filed Wednesday in Oakland, California accused Father Stephen Kiesle of acts of sexual abuse between 1972 and 2001, and alleged that Catholic Church officials knew of the crimes but did not stop them."
Posted by SAJRT Blog at 5:16 PM No comments:

The Associated Press: Plaintiffs give up sex abuse case against Vatican

The Associated Press: Plaintiffs give up sex abuse case against Vatican:

"Plaintiffs give up sex abuse case against Vatican
By DYLAN T. LOVAN (AP)

LOUISVILLE, Ky. — Three men who sought to hold the Vatican liable in an American court for sexual abuses by Roman Catholic priests in a Kentucky diocese are abandoning the case.

Lawyers looked to question Pope Benedict XVI under oath but had to leap the high legal hurdle of the Vatican's sovereign immunity status in the U.S. But plaintiffs filed a motion on Monday asking a federal judge in Louisville to dismiss their claims.
Their attorney, William McMurry, said he was seeking to end the case because of an earlier court ruling that recognized the Vatican's immunity and failure to turn up new plaintiffs to add to the lawsuit who haven't yet been involved in a Catholic clergy abuse case."


SAN JOSE, Calif.—A Northern California boy who was the victim of more than 600 sexual abuse acts while in foster care has been awarded $30 million by a jury, his lawyer said.
Stephen Estey, who represented the former foster child in his lawsuit against Giarretto Institute said his client, now 25, broke into tears when the verdict was read Wednesday in a Santa Clara County court. He said it's the largest award in California this year for a single-person sex abuse case."
Posted by SAJRT Blog at 2:22 PM No comments:

Police figures indicate 187 children were the suspected victims of physical and sexual abuse in the first half of this year. Eighteen children died.
The report also found that cases of child pornography in the same period had risen by about 60% to 599 cases."
Posted by SAJRT Blog at 12:54 PM No comments: