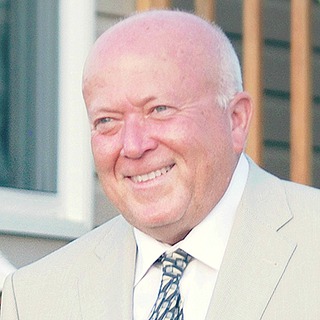 Sometime in the summer of 1992, I met Brian McKegney. I was a newly hired psychologist for the Central Ontario District (essentially, the Greater Toronto Area, or GTA) of the Correctional Service of Canada. He was the staff training coordinator for the District. Brian’s personality was as big as a house and often preceded him, as he was often heard exclaiming, “Holy Doodle” in response to colleagues who shared events and stories with him. The relationship we developed was one of the most important in my career.

Brian was a Parole Officer by trade, but he truly found his calling in staff training—a field in which he excelled like few others. In fact, I believe to this day that Brian was good at his job because he was propelled into it by life experience and he was driven by a need to ensure that he made a difference.

As the new kid on the block—the District’s first community based sex offender specialist—I had knowledge and expertise that would ultimately prove helpful to Brian as he attempted to develop a sex offender risk management training curriculum for parole officers and other staff in the District. We became quite a team. In fact, if you were a PO working in the Ontario Region in the 1990s, there was a good chance that you got your training in working with sex offenders from the one-two punch of McKegney and Wilson. He did the supervision side and I covered the clinical side.

Over the span of eight or so years, we got to meet many CSC staff and community partners (including police and agency staff) as we offered our 5-day course throughout the province, with many interesting and wonderful (if not colourful) extra-curricular moments in the hours outside of the classroom. We clicked. Indeed, before Brian, I had never really done much public speaking. As a lifelong stutterer, I eschewed such responsibilities. Brian taught me how to be a good presenter and encouraged me to be better with each opportunity. I now spend most of my professional life standing in front of crowds of people of various sizes, engaging in knowledge transfer, and trying to do it as well as my buddy Brian did.

However, the learning didn’t stop at the end of the training day. As I worked with this powerful educator, I discovered a bit about the man, the father, and the friend, and why he was so passionate about this particular element of his job—sex offender risk management. In many ways, Brian was working out his personal trauma.

The early 1990s saw many sweeping changes to the way in which sex offenders were managed by CSC in the community. In the span of a few short years in the late 1980s, three particularly troubling sexually motivated murders were perpetrated by offenders on conditional release in the Ontario Region. These events would cause CSC to completely rethink and revamp its methods of treating and supervising conditionally released sex offenders. Indeed, a good part of the reason for my being hired was to increase the likelihood that comprehensive aftercare and treatment services would be available to parolee sex offenders in the GTA.

Perhaps the most troubling of these crimes was that perpetrated on young Christopher Stephenson—by all accounts, a wonderful 11-year-old boy who was abducted from a suburban shopping mall in Brampton on Father’s Day weekend in 1988, sexually assaulted over a day and a half, and murdered. The Coroner’s Jury of the ensuing Stephenson Inquest would level some damning criticisms at the way in which sex offenders were managed in the community, and their recommendations forever changed sex offender risk management policy and practice in Canada. Canada’s first sex offender registry—Christopher’s Law—was named in honour of this young boy.

Brian was a Parole Officer when Christopher died, and he had some degree of involvement in the case. I came to learn that his participation in the case and, ultimately, the inquest, fundamentally changed him as a civil servant and human being. Brian set about becoming as knowledgeable as he possibly could about sex offender risk management, I think, in good part because of a burning desire to make sure that this never happened again on his watch. He took it personally. Brian needed to know that the staff he was responsible for training would have the best training and tools available to assist him in his personal quest for No More Victims.

Ultimately, Brian moved on to be a Staff Training Officer at the Regional Correctional Staff College in Kingston and I took a job in Florida. We didn’t speak often but, from time to time, one of us would call the other to check in. In hindsight, I didn’t do this often enough.

During my time training with him, Brian astounded me with his voracious appetite for new science and literature—evidence-based practice and perspective—in addition to new and improved ways of getting the message across that we (the Correctional Service of Canada and its staff) needed to do a better job to protect the citizens of Toronto and elsewhere. Brian’s breadth of knowledge and understanding was driven by a passion for and dedication to community service that was sincerely greater than that demonstrated by most other professionals with whom I have had the occasion to work. He never stopped being that way, as is clearly apparent in the many messages of condolence posted online after his death by those he trained and worked with. Those who knew him will miss him dearly; those who didn’t are poorer for the missed opportunity. For me, Brian set the bar. I will always be encouraged to work harder in what I do because of the example he set.