In June 2000, I was privileged to be one of five Canadians invited by the Quakers and the UK Home Office to discuss what was then a relatively new innovation in re-entry for persons who have sexually offended. Circles of Support and Accountability was just starting to take hold in Canada, and we had had the opportunity to present preliminary research findings at ATSA, ACA, ICCA, and other research and treatment conferences—apparently catching the attention of our British compatriots. 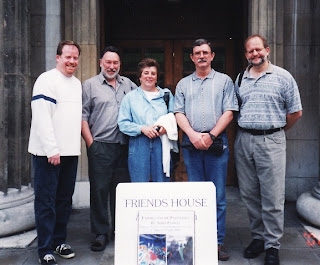 Within two years of our visit and discussions, Circles projects were established by the Lucy Faithfull Foundation (under the direction of Donald Findlater) and the Hampshire and Thames Valley Probation Offices (with Becky Saunders and Chris Wilson leading the way). COSA has since flourished in the UK, with projects found in various communities. In the summer of 2008, a national charity was rolled out under the name “Circles-UK”. As the COSA model moves forward into Europe, Circles-UK continues to play an important role in supporting similar endeavours in such countries as the Netherlands, Belgium, and France, among others.

Meanwhile, back in the UK, celebrations are afoot, and not just because this is a big Jubilee year for the Queen or because the Olympics are about to begin …

On July 6, 2012, Circles of Support and Accountability celebrated 10 years in the United Kingdom. At a very well attended event at Friends House in the Euston Square area of London, British and international delegates met to hear about the successes of the Circles South-East group (formerly Hampshire and Thames Valley Circles, but now including Kent—hence the new name). Keynote speakers at the conference included desistance expert Fergus McNeill of the University of Glasgow and Probation Service psychologist Andrew Bates (who has written or collaborated on the bulk of the UK COSA evaluation research, see here and here). 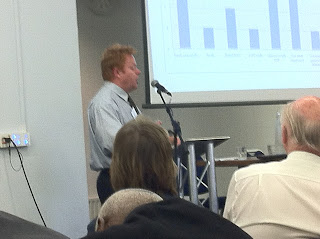 In a document entitled “Ten Years One Hundred Circles: Community Safety – What Can Be Done”, the Circles South-East folks recount the long road from project inception to their current status as the largest COSA project outside of Canada. The booklet includes information and perspective on the UK version of COSA, with inspirational stories from volunteers and core members. There is also a final chapter in which an updated outcome evaluation of the project is presented. 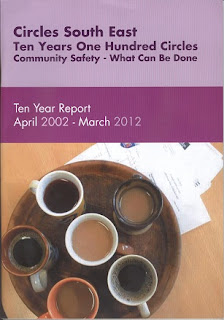 The evaluation, entitled “Circles South-East: The First Ten Years 2002-2012”, co-authored by Andrew Bates, Rebekah Saunders, Dominic Williams, Chris Wilson, and yours truly, marks the first time that our UK compatriots have been able to include a comparison group. This comparison group is comprised of persons who were referred for a COSA but who, for some reason, were never taken into one. Care was exercised not to include those who would never have been placed anyhow, for reasons such as no impending release or a lack of motivation to be involved in a COSA. Fortunately, Risk Matrix 2000 scores were available on these control subjects and the study’s authors were able to identify a similar risk distribution; however, on average the comparison sample (N = 71) was at somewhat lesser risk to reoffend than their COSA-involved peers (N = 71).

The study is currently being prepped for submission for peer-review; however, let me share some of the outcome data with you here. Although the comparison group was of somewhat lower risk, their rates of reoffending (contact sexual or violent reconviction) were significantly higher (see table below). They also had a tendency to higher rates of failure to comply with registration requirements. Indeed, in the COSA group, there were no reconvictions for contact sexual or violent reoffenses. In regard to non-contact sexual offenses, there were three in the COSA group and two in the comparison. Adding the contact and non-contact sexual and violent offenses resulted in a difference of 3 vs. 12, a finding that is also statistically significant (χ2 = 4.77, p < .05). Average length of follow-up was approximately 4.5 years for both groups.

The research findings supporting the COSA model continue to grow. Indeed, I have it on good authority that the outcome study completed by Grant Duwe of the Minnesota DOC’s COSA project (MnCOSA) has been accepted for publication by SAJRT. What makes this particularly exciting is that Grant used a Randomized Clinical Trial (RCT) design – by far the most elegant yet in COSA research. I won’t steal Grant’s thunder by publishing his results here; take it from me that they are strongly supportive of a perspective that COSA not only assists Canadian and British core members, it is also helpful in reducing post-release difficulties for American core members. Once Grant’s study is released "online first", I will be sure to blog about it here.